New Perspectives on the Therapeutics of Traditional Psychoactive Plant Medicines 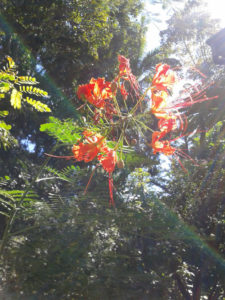 Some findings from conducting a literature review and long standing fieldwork include a preliminary inventory being published indi- cating over 300 species of plants being used for psychoactive purposes in southern African healing traditions [2]. A review of plants used in divination in southern Africa and their psychoactive effects was also conducted, that indicated that approximately 45% of the plants reported with uses in divination have other psychoactive uses [3]. Much of the traditional meanings and therapeutic significance of these plants remain undocumented and is in urgent need of study.

Having experienced a category of South African plant medicines called ubulawu and Ayurvedic vamana emesis therapy in Dharamsala, India, in 2011, indicates that there is a common mechanism of action of using plant medicines to cleanse the body in both the Ayurvedic and South African traditional medicine systems, that has a corresponding psychoactive healing affect on the mind [4].

I have hypothesized that this initiation medicine process is a pragmatic technology that is used to interrupt old patterns of behaviour and familiarize the initiate with enhanced states of awareness, self-enquiry and potential self-development. I suggest this is partly afford- ed by the psychoactive actions of the plant medicines that provide perturbatory effects on the nervous system that foster the interruption of conditioned learning, that can translate, under certain conditions, into new insights and learning with attendant personal growth for the initiate [6]. The positive effect of perturbation on behaviour resulting from the actions of psychoactive substances has further support from neuroscience studies [6].

These recent findings challenge the often held assumption that traditional medicine is primitive and unsophisticated, and demonstrate that the actions of traditionally used psychoactive plants, and the phytochemical synergy that traditional healers employ in their herbal protocols, is deserving of research that will further our understanding of healing the brain-mind complex.

In order to help realize this research, the Khanyisa Healing Garden Project [7] has been initiated, with the aim in to create a network of healing and research gardens between South America and southern Africa. The primary purpose of these gardens will be to act as multi- disciplinary research sites studying the traditional psychoactive plant use from these, and possibly other regions, for their applications in medicine, healing and community development.

The employment of psychoactive plants in the above sequence has the purpose to take the initiate through a process of physiological and psychological cleansing, so as to prepare the initiate for new insights with using the opening ubulawu medicines [4], and then anchor- ing this new knowledge with strengthening and grounding medicines that are consumed.

3. Sobiecki JF. “A review of plants used in divination in southern Africa and their psychoactive effects”. South African Humanities 20 (2008): 333-351.