There has been increased interest abroad in South African psychoactive plants and dream plants. (oneirogenics)

This is mostly owing to more research having been published in the last 20 years on Southern Africa psychoactive plant species and their role in healing psycho-spiritual conditions (Sobiecki, 2012, 2014,2017).

One species that has gained considerable attention has been the Dream Root or Silene undulata (previously capensis). The root of this plant has been used traditionally by the Xhosa people in 3 day healer initiation ceremonies where it is drank with little food and much song and dance to stimulate connection and dreaming of ones ancestors. Many western psychonauts report on its oneirogenic (dream inducing) properties. This has given rise to online shops selling Silene undulata across the world.

However another plant called Synaptolepis kirkii or that can be called the dream rhizhome., is often confused with dream root (Silene) but they have different dosages and affects.

The chalky white rhizome of Synaptolepis is also used in African traditional medicine as an Ubulawu: Ubulawu being a term used to describe an African traditional medicine preparation form of using the roots of various subtle acting psychoactive plant species that are steeped in 5-10 litres of water, the dilution of which is vomited with so as to open the mind and dreams. This I have found is a cross cultural medicine mechanism to cleanse the lungs and stomach of phlegm that has a direct opening affect on the senses and mind. To know more about this see my papers here: http://www.khanyisagarden.co.za/papers/

Both Silene undulata and Synaptolepis are used by the indigenous people of South Africa as Ubulawu preparations as dream plants related to their ancestors. The relative intake of Synaptolepsis in Ubulawu is little; 1 tablespoon of the powder is traditionally mixed into 5 litres of water and about 2-3 litres of infusion is vomited out so the amount of medicine left in the system is a very small amount. Yet western psychonauts are ingesting the powder straight. It is difficult to say if any negative or toxic side effects results from this dosage and ingestion method. Some psychonauts report persistent opened ability to have certain types of dreams long after the initial experience with ubulawu so this may indicate in shamanic understanding to opening a relationship to the spirit of the plant itself (and or forming a neural plasticity relationship). This is an aspect that requires more research that I am currently studying. Therefore, it is best advised to take Ubualwu species in the traditional means and one plant at a time, though this is also tradition specific with twasa’s (initiates) being advised in some traditions to take a mixture. From my experience and observations you will be directed by your teacher which to use or you will have an intuition which ones to use yourself-that requires being closely engaged with plants and the process of initiation and not just for experimentation-which can result in feeling disturbed if one just takes ubulawu without a serious and proper healing intention as I have experienced (see http://phytoalchemy.co.za/2018/09/26/using-ubulawu-african-plant-teacher-medicine-safely-and-wisely/)

In this light Ubulawu are teacher plants and different species should NOT BE haphazardly mixed together and sold as Ubulawu. The careful use of various species to get the right result has been documented elsewhere in the literature (Sobiecki, 2012).

Thus, together, one needs to familiarize with the correct species identification: e.g., Silene undulata being Dream Root and Synaptolepis kirkii referring to Dream Rhizome, and that people should not use Ubulawu mixed together without the guidance of a trained and experienced traditional healer who is familiar with their uses and effects.

Jean-Francois is a pioneering South African ethnobotanist whose work on African psychoactive plants has helped revitalize the field in Africa and that he has presented on at world class conferences such as ESPD50.

Jean Francois Sobiecki is Offering his PhytoAlchemy Online Herbal & Shamanic Plant Courses for a Special Christmas Discount Offer till the End of December at: R750! ($52/40£ ) The Normal Course Price is R1950, (115$/86£s). Sign up here: http://phytoalchemy.co.za/faq/ to make use of the Great Learning Opportunity Today! 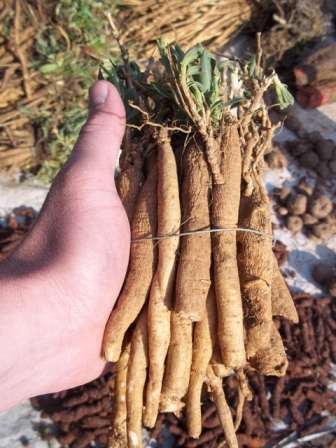 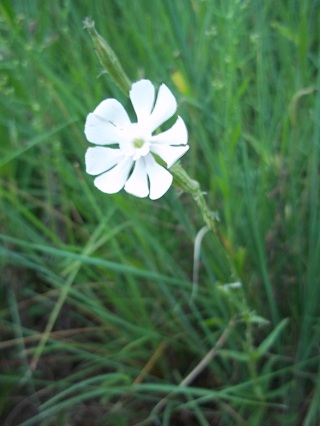 Natural Medicines to Help Treat and Ease Stress and Depression.